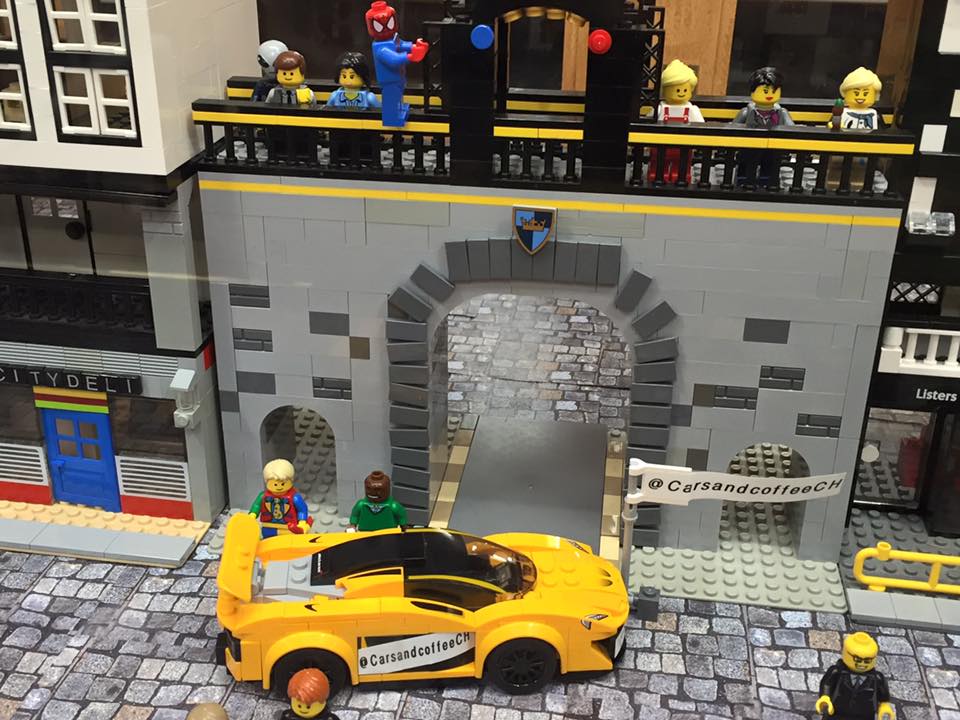 Cars and Coffee (C&C) is a global concept which sees motoring enthusiasts meet up at a central location to chat, network and show off their pride and joy whilst enabling the public to get a look at vintage, classic, sports and super cars. The organises Dave Brown and Lisa Binfield say that "you don’t need to be in a select member’s club or drive a particular car. It’s all about the social aspect"

Dave and Lisa initially met at primary school in Chester but lost touch as they grew up. They were delighted to encounter each other 30 years later at The Cholmondeley Pageant of Power where they were both fundraising for charity with the Sporting Bears Motor Club.

The inaugural event took place last year, with the backing of Cheshire West and Chester who offered the Crown Court parking area as a perfect backdrop.

"The first event in September last year exceeded all our expectations and we’ve put a lot more work into promoting the 2016 schedule". There are 8 dates scheduled for this year after a winter break

"Chester city centre is an obvious and fantastic, location – the city has so much going for it." Dave has just started a new business based in Northgate street and is keen to get involved supporting business and community culture. "I want to create a robust, long term social event that will be entertaining, good for local networking & friendships and above all fun"

"We’ll have a coffee and bacon butty wagon on site for refreshments and look forward to seeing anyone with an interesting car or who simply wants to come along and see the cars parked up."

Dave is delighted to welcome Deva Tuk Tuk to the event. "We will be joined by Sue, Mel and the gang and the Tuk Tuk will be an eye catching addition". Stuart from Sandstone Brewery will also be present displaying his wares.

"If you don’t own a car you think isn’t worth showing don’t worry, because you’re not the only one. There are plenty of people who go to these events as onlookers, who come for the coffee, the cars, and the camaraderie."